Summit castle in a splendid panoramic position, was built by the Municipality of Perugia in 1312, perhaps on a previous Roman structure, at the request of the inhabitants of San Martino dei Cerreti, a villa no longer existing but which was to be located near the sanctuary of the Madonna di Mongiovino.
The following year, on returning from an embassy in Siena, the Podestà of Perugia passed through Mongiovino and found that “the place was of great importance, and that whenever the castle was on its feet, the city would have great convenience” (Pollini 1664), finding itself to be an obligatory passage for all those who had crossed the borders of the countryside coming from the lands of Chiusi or the lake.
To populate the castle, the Perugian magistrates commanded all the inhabitants of the underlying Nestore valley that they should build houses and go there to live, promising in exchange for tax exemptions for a two-year period and threatening sanctions to transgressors. 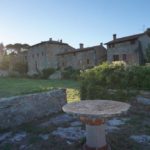 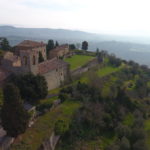 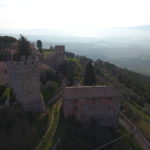 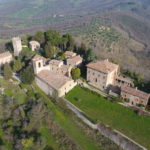 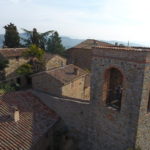 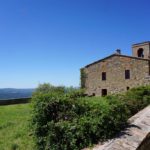 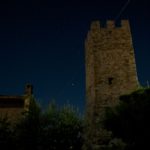 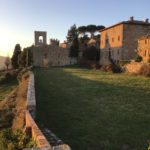 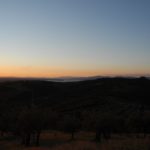 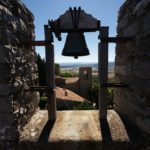 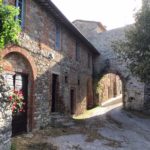 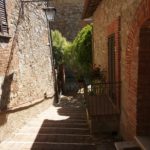 In 1394 a part of the walls was rebuilt following some collapses.
The most striking episode in the history of Mongiovino was a matter of arms that occurred in 1643, when the papal troops led by Vincenzo della Marra collided against the Florentine army of Ferdinando II de ‘Medici, commanded by his brother Mattias, and suffered huge losses.
It seems that all of the battle’s deaths were buried inside the Mongiovino sanctuary.
The castle has preserved part of the walls a Mastio with a polygonal plan, a tower, remains of towers, the Porta di Ponente and the gate to the vegetable gardens.
The castle residence has been transformed into an accommodation facility.

The castle has a wonderful panoramic view of the beautiful Nestore valley, but sweeps the view over a large slice of Umbria and Tuscany. 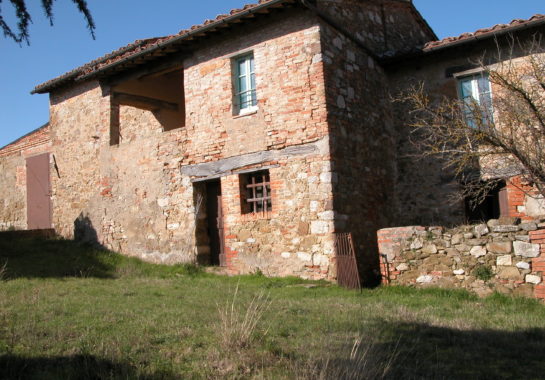 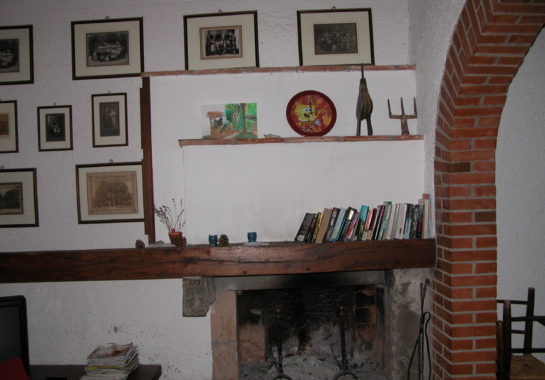 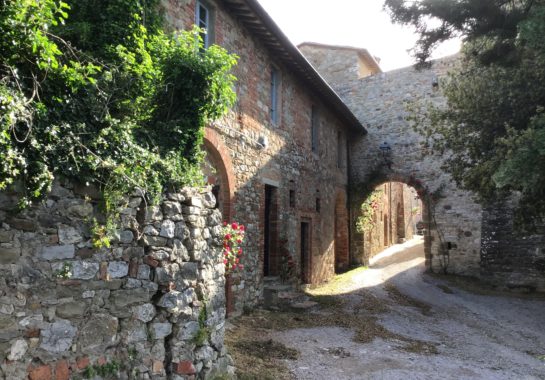